Most Expensive Gadgets In The World 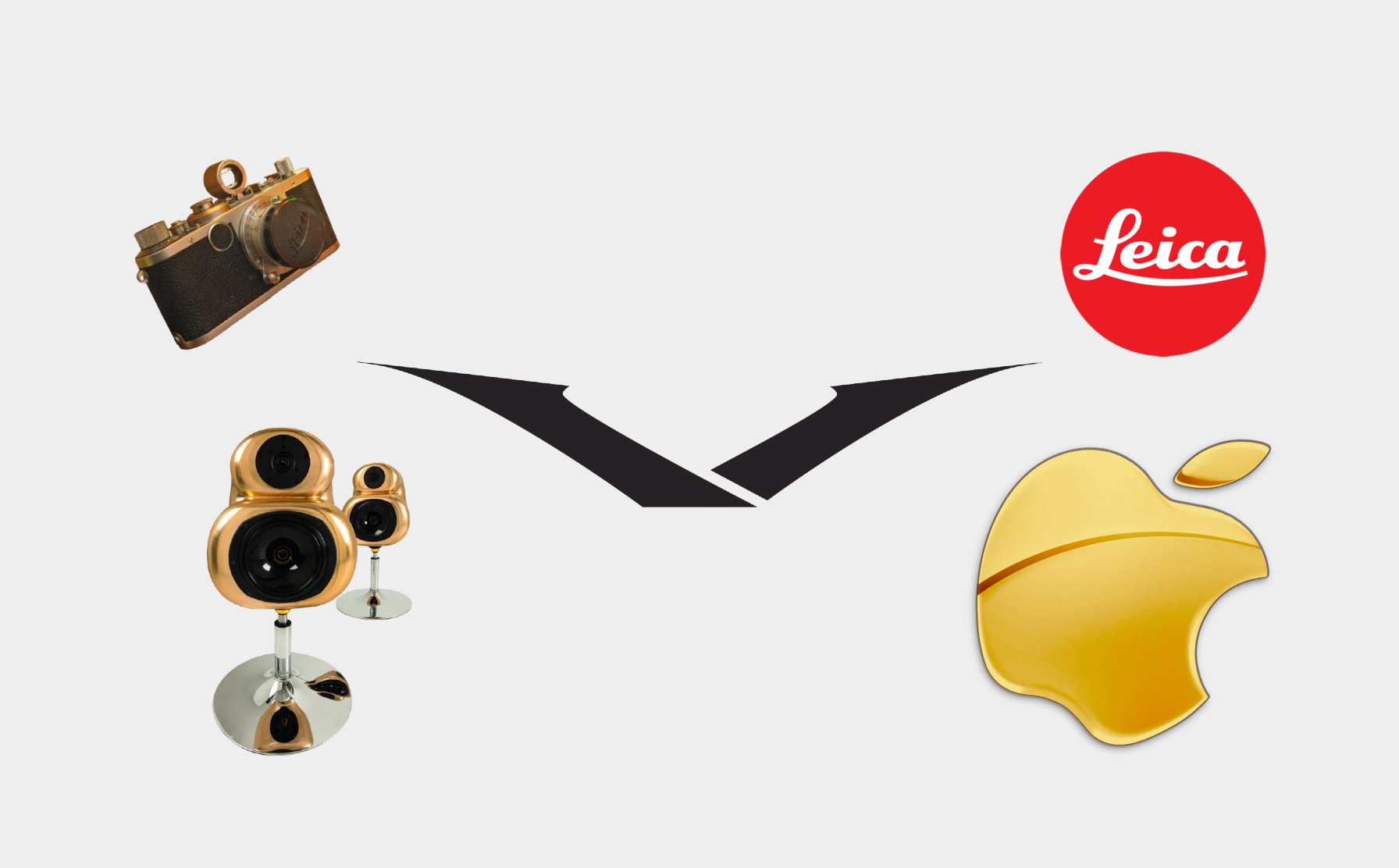 The Leica 0-series No 122, the most expensive camera in the world. It was sold for a vast $2.97 Million in an auction held at WestLicht auction house in Vienna. There were 25 such cameras manufactured in 1923 but only 3 are still remaining in good condition as of now. It’s a limited camera for collection and not something that has real commercial use.

The most expensive laptop in the world is MJ’S Swarovski & Diamond Studded Notebook It is sold for a price of $3.5 million dollars. It is launched by the brand MJ. It is coated with black and white diamonds plus gold detailing. a whole range of computers On real the royal MJ 777. A slope and eel skin with a computer mouse. The current brilliants covered gold mice. Genuine leather was used to handcraft the author's bags. portfolios and covers made from sable and mink furs. boxes with logos in gold. In other words, the master of Art studio MJ's life encompasses all that may appear for the most tempted cause.

The luxury phone makers Vertu's signature cobra launched their brand new model. Vertu signature cobra phone at the price of $360,000 which is approximately 2.3 crore Indian rupees. The Spotlight of the phone is that it is designed as a snake wrapped around the edges. Vertu Signature Cobra is made using 439 rubies. The snake's eye on the device is made of emeralds. Customers can pre-book the phone with an additional charge of $145 from the Chinese e-commerce portal, JD.com.

One of the most costly devices in the world to date is the $15 million iPhone 5 Black Diamond. The home button, which belonged to a Chinese businessman who approved this phone from Stuart Hughes, a luxury product inventor, is replaced by 26 carats of black diamonds, making it very special. The black deep cut diamond, which is solitary and flawless and replaces the home button, is the black and gold iPhone 5's main selling point. On the other side, the phone's back features an extravagant Apple logo made of 135 grammes of 24 karat gold, 53 diamonds, and sapphire glass.It has a 4.0-inch IPS Retina Display with a 1136 x 640 resolution, 16/32/64 GB of internal storage, 1 GB of RAM, an A6X dual-core processor, 3G, 4G LTE, wifi, GPS, Bluetooth, no expandable memory, a 720p front-facing camera, an 8-megapixel back camera with 1080p HD recording, and a 1,440mAh battery. The most expensive version is this extremely rare one, although there are also other less expensive gold-made variants that cost $33,800.

The most unique device, according to Stuart Hughes, is this one. It includes pieces of a T-REX dinosaur thigh bone that is 65 million years old as well as gold and diamonds found in an Ammolite rock that is 75 million years old. It weighs 2,000 grammes overall and has a back made of 24k gold. Only two of these devices have been made by Stuart, and the material specifications include 57 grammes of T-REX bone, 16.5 carats of diamonds, 750 grammes of ammolite, 8.5 carats of single diamonds, and 2000 grammes of pure 24k gold. The term is indeed appropriate for the requirements. It is referred to as a distinguished device with real honor.

£4.7 Million It has built-in gold yet performs the same duties as any other speaker. It is quite respectable to own these magnificent speakers, which weigh about 50 kg (110 lb) each without drivers. The treble is driven by a high-frequency unit that stays in the centre. The super tweeter increased this speaker's bandwidth to reveal the full dynamic and efficacy of the most recent high-resolution audio codecs. And the low-end frequencies of this speaker are mostly due to its original design, which helps to exquisitely manage the bass. The speakers have a 5 Ohm impedance and a frequency range of 47 Hz to 37 kHz, depending on the technology used.

$560k is the cost. This is the greatest document ever made by Jean Michel Jarre; it has a diameter of 16.3 inches, weighs over 871 pounds, and is 11 feet tall. Any other device can be used by using the USB port, not just Apple products. It is a fully developed technological invention with a 10,000 watt output. Its use of a ladder is an intriguing feature. Because of this, one may dock their iPhone or iPad on top of it, and other electrical devices can also be connected via the USB port or 6.35 mm jack. Finally, there is a magnificent home entertainment system to be desired.

Price: $1,2,000,000. The Home button and Apple logo, crafted with black diamonds and 18-karat gold, each weigh more over one kilogramme. The astounding Camel Diamonds IPad, which is embellished with immaculate diamonds and certified by a leading authorised goldsmith, has in fact been unveiled by Cameal Diamonds.